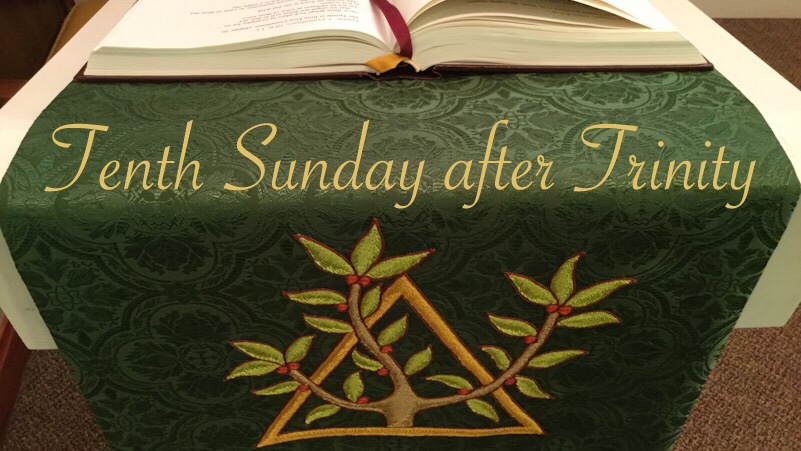 We pray: “O God, You declare Your mighty power above all in showing mercy and pity. Mercifully grant us such a measure of Your grace that we may obtain Your gracious promises and be made partakers of Your heavenly treasures; through Jesus Christ, Your Son, our Lord, Who lives and reigns with You and the Holy Spirit, one God now and forever.” Amen. 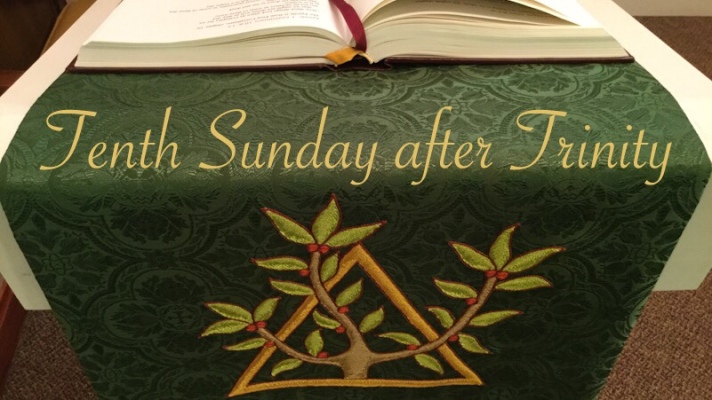 4 “You shall say to them, Thus says the Lord:

When men fall, do they not rise again?
If one turns away, does he not return?

5 Why then has this people turned away
in perpetual backsliding?
They hold fast to deceit;
they refuse to return.

6 I have paid attention and listened,
but they have not spoken rightly;
no man relents of his evil,
saying, ‘What have I done?’
Everyone turns to his own course,
like a horse plunging headlong into battle.

7 Even the stork in the heavens
knows her times,
and the turtledove, swallow, and crane
keep the time of their coming,
but my people know not
the rules of the Lord.

8 “How can you say, ‘We are wise,
and the law of the Lord is with us’?
But behold, the lying pen of the scribes
has made it into a lie.

9 The wise men shall be put to shame;
they shall be dismayed and taken;
behold, they have rejected the word of the Lord,
so what wisdom is in them?

10 Therefore I will give their wives to others
and their fields to conquerors,
because from the least to the greatest
everyone is greedy for unjust gain;
from prophet to priest,
everyone deals falsely.

11 They have healed the wound of my people lightly,
saying, ‘Peace, peace,’
when there is no peace.

12 Were they ashamed when they committed abomination?
No, they were not at all ashamed;
they did not know how to blush.

Therefore they shall fall among the fallen;
when I punish them, they shall be overthrown,

9:30 What shall we say, then? That Gentiles who did not pursue righteousness have attained it, that is, a righteousness that is by faith; 31 but that Israel who pursued a law that would lead to righteousness did not succeed in reaching that law. 32 Why? Because they did not pursue it by faith, but as if it were based on works. They have stumbled over the stumbling stone, 33 as it is written,

“Behold, I am laying in Zion a stone of stumbling, and a rock of offense;
and whoever believes in him will not be put to shame.”

10:1 Brothers, my heart’s desire and prayer to God for them is that they may be saved. 2 For I bear them witness that they have a zeal for God, but not according to knowledge. 3 For, being ignorant of the righteousness of God, and seeking to establish their own, they did not submit to God’s righteousness. 4 For Christ is the end of the law for righteousness to everyone who believes.

41 And when [Jesus] drew near and saw the city, he wept over it, 42 saying, “Would that you, even you, had known on this day the things that make for peace! But now they are hidden from your eyes. 43 For the days will come upon you, when your enemies will set up a barricade around you and surround you and hem you in on every side 44 and tear you down to the ground, you and your children within you. And they will not leave one stone upon another in you, because you did not know the time of your visitation.”

45 And he entered the temple and began to drive out those who sold, 46 saying to them, “It is written, ‘My house shall be a house of prayer,’ but you have made it a den of robbers.”

47 And he was teaching daily in the temple. The chief priests and the scribes and the principal men of the people were seeking to destroy him, 48 but they did not find anything they could do, for all the people were hanging on his words.

Note: I’m planning on working with the early verses of Romans 10 this week. I thought about trying to tackle Jeremiah 8, but perhaps next year.

Our passage from Jeremiah pronounces the Lord’s fierce judgment against perpetual backsliding, pretended holiness and how even some prophets and priests deal falsely with sin.

The Lord’s complaint: “You have healed the wound of my people lightly…” (v.11) So it goes, numbing only the symptoms without curing the real spiritual wounds and illness of sinners. The greedy priests and shameless prophets falsely deal out peace. People seem to feel just better enough to get back to their selfish and headstrong ways. (v.6) The Lord takes note of his people, prophets and priests. He warns he will be interrupting their regularly scheduled program in most unpleasant ways.

Not much Gospel to be found in that passage. Like Jeremiah, Jesus also preaches a fiery lamentation with tears, considering the judgment to come. I know I’ve preached on Luke 19 a couple of times in recent years, regarding the day of visitation and how “all the people were [Hanging on His Words].“ (19:48)

But for this week, we will ponder Paul’s bittersweet prayer for those stumbling and lost in Rom. 9-10. What of those who quite deliberately or just rather carelessly abandon the righteousness through faith in Christ for a build-your-own religion of exceptions, rules and excuses? “Christ is the end of the Law for righteousness to everyone who believes.” (10:4) That’s the verse we’ll be learning to take to heart this coming Sunday.