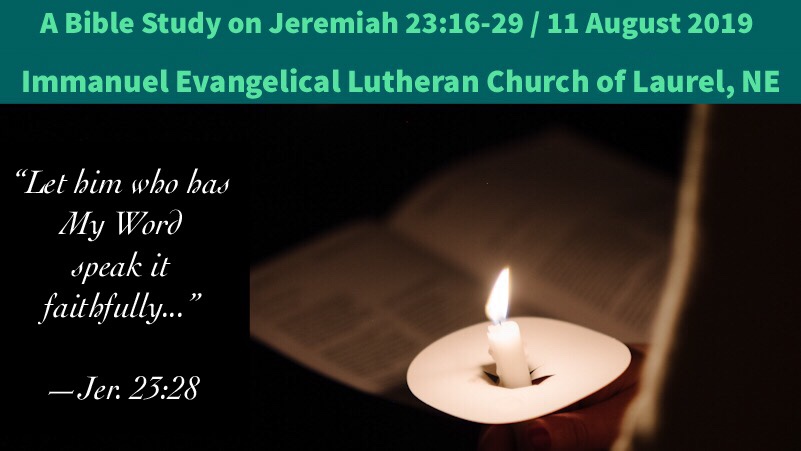 The Lord says, “I have heard what the prophets have said who prophesy lies in my name, saying, ‘I have dreamed, I have dreamed!’ …but let him who has my word speak my word faithfully.” 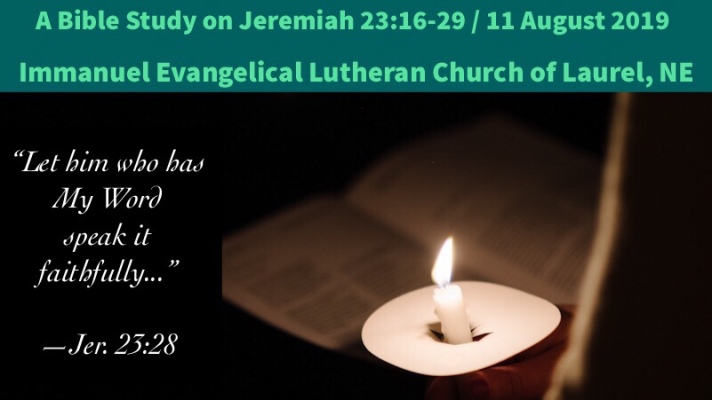 16 Thus says the Lord of hosts: “Do not listen to the words of the prophets who prophesy to you, filling you with vain hopes. They speak visions of their own minds, not from the mouth of the Lord. 17 They say continually to those who despise the word of the Lord, ‘It shall be well with you’; and to everyone who stubbornly follows his own heart, they say, ‘No disaster shall come upon you.’”

to see and to hear his word,

or who has paid attention to his word and listened?

Wrath has gone forth,

it will burst upon the head of the wicked.

20 The anger of the Lord will not turn back

until he has executed and accomplished

the intents of his heart.

In the latter days you will understand it clearly.

I did not speak to them,

22 But if they had stood in my council,

then they would have proclaimed my words to my people,

and they would have turned them from their evil way,

and from the evil of their deeds.