We pray: “O God, in the glorious transfiguration of Your beloved Son You confirmed the mysteries of the faith by the testimony of Moses and Elijah. In the voice that came from the bright cloud You wonderfully foreshadowed our adoption by grace. Mercifully make us co-heirs with the King in His glory and bring us to the fullness of our inheritance in heaven; through the same Jesus Christ our Lord, Who lives and reigns with You and the Holy Spirit, one God now and forever.” Amen.

29 When Moses came down from Mount Sinai, with the two tablets of the testimony in his hand as he came down from the mountain, Moses did not know that the skin of his face shone because he had been talking with God. 30 Aaron and all the people of Israel saw Moses, and behold, the skin of his face shone, and they were afraid to come near him. 31 But Moses called to them, and Aaron and all the leaders of the congregation returned to him, and Moses talked with them. 32 Afterward all the people of Israel came near, and he commanded them all that the Lord had spoken with him in Mount Sinai. 33 And when Moses had finished speaking with them, he put a veil over his face.

34 Whenever Moses went in before the Lord to speak with him, he would remove the veil, until he came out. And when he came out and told the people of Israel what he was commanded, 35 the people of Israel would see the face of Moses, that the skin of Moses’ face was shining. And Moses would put the veil over his face again, until he went in to speak with him. 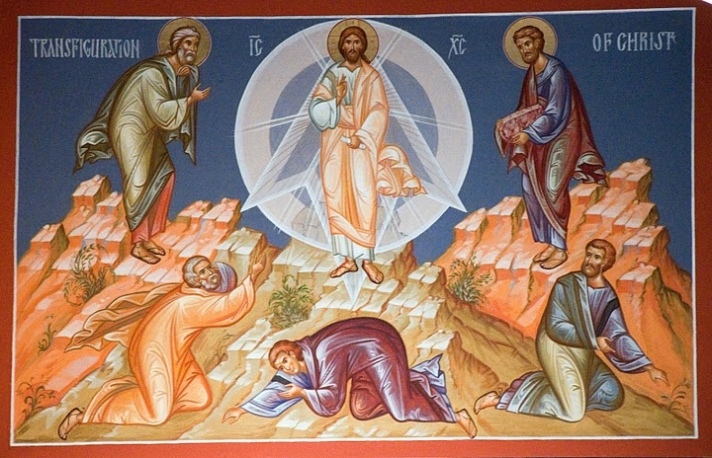 16 For we did not follow cleverly devised myths when we made known to you the power and coming of our Lord Jesus Christ, but we were eyewitnesses of his majesty. 17 For when he received honor and glory from God the Father, and the voice was borne to him by the Majestic Glory, “This is my beloved Son, with whom I am well pleased,” 18 we ourselves heard this very voice borne from heaven, for we were with him on the holy mountain. 19 And we have the prophetic word more fully confirmed, to which you will do well to pay attention as to a lamp shining in a dark place, until the day dawns and the morning star rises in your hearts, 20 knowing this first of all, that no prophecy of Scripture comes from someone’s own interpretation. 21 For no prophecy was ever produced by the will of man, but men spoke from God as they were carried along by the Holy Spirit. 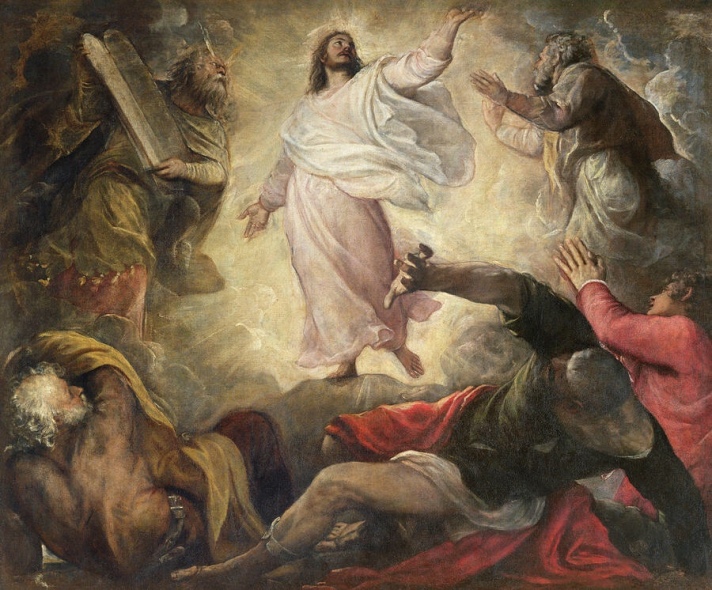 And after six days Jesus took with him Peter and James, and John his brother, and led them up a high mountain by themselves. 2 And he was transfigured before them, and his face shone like the sun, and his clothes became white as light. 3 And behold, there appeared to them Moses and Elijah, talking with him. 4 And Peter said to Jesus, “Lord, it is good that we are here. If you wish, I will make three tents here, one for you and one for Moses and one for Elijah.” 5 He was still speaking when, behold, a bright cloud overshadowed them, and a voice from the cloud said, “This is my beloved Son, with whom I am well pleased; listen to him.” 6 When the disciples heard this, they fell on their faces and were terrified. 7 But Jesus came and touched them, saying, “Rise, and have no fear.” 8 And when they lifted up their eyes, they saw no one but Jesus only.

9 And as they were coming down the mountain, Jesus commanded them, “Tell no one the vision, until the Son of Man is raised from the dead.”