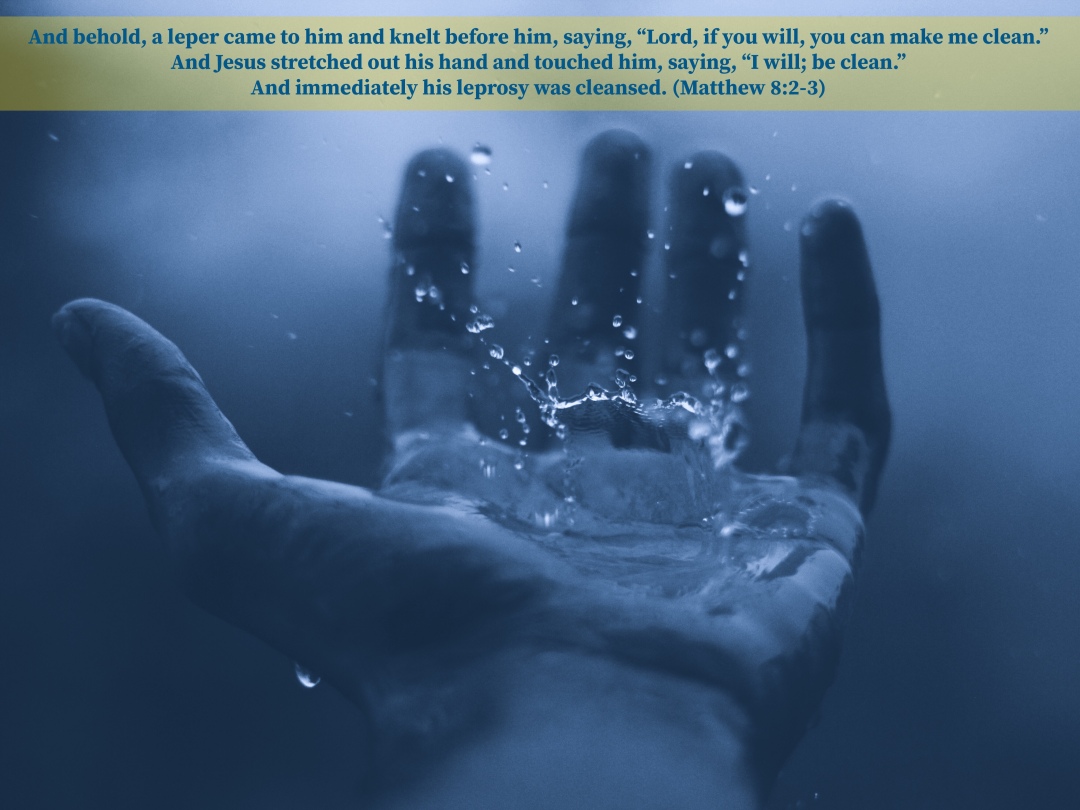 We pray: “Almighty and everlasting God, mercifully look upon our infirmities and stretch forth the hand of Your majesty to heal and defend us; through Jesus Christ, Your Son, our Lord, Who lives and reigns with You and the Holy Spirit, one God now and forever.” Amen.

1 Naaman, commander of the army of the king of Syria, was a great man with his master and in high favor, because by him the Lord had given victory to Syria. He was a mighty man of valor, but he was a leper. 2 Now the Syrians on one of their raids had carried off a little girl from the land of Israel, and she worked in the service of Naaman’s wife. 3 She said to her mistress, “Would that my lord were with the prophet who is in Samaria! He would cure him of his leprosy.” 4 So Naaman went in and told his lord, “Thus and so spoke the girl from the land of Israel.” 5 And the king of Syria said, “Go now, and I will send a letter to the king of Israel.”

So he went, taking with him ten talents of silver, six thousand shekels of gold, and ten changes of clothing. 6 And he brought the letter to the king of Israel, which read, “When this letter reaches you, know that I have sent to you Naaman my servant, that you may cure him of his leprosy.” 7 And when the king of Israel read the letter, he tore his clothes and said, “Am I God, to kill and to make alive, that this man sends word to me to cure a man of his leprosy? Only consider, and see how he is seeking a quarrel with me.”

8 But when Elisha the man of God heard that the king of Israel had torn his clothes, he sent to the king, saying, “Why have you torn your clothes? Let him come now to me, that he may know that there is a prophet in Israel.” 9 So Naaman came with his horses and chariots and stood at the door of Elisha’s house. 10 And Elisha sent a messenger to him, saying, “Go and wash in the Jordan seven times, and your flesh shall be restored, and you shall be clean.” 11 But Naaman was angry and went away, saying, “Behold, I thought that he would surely come out to me and stand and call upon the name of the Lord his God, and wave his hand over the place and cure the leper. 12 Are not Abana and Pharpar, the rivers of Damascus, better than all the waters of Israel? Could I not wash in them and be clean?” So he turned and went away in a rage. 13 But his servants came near and said to him, “My father, it is a great word the prophet has spoken to you; will you not do it? Has he actually said to you, ‘Wash, and be clean’?” 14 So he went down and dipped himself seven times in the Jordan, according to the word of the man of God, and his flesh was restored like the flesh of a little child, and he was clean.

15 Then he returned to the man of God, he and all his company, and he came and stood before him. And he said, “Behold, I know that there is no God in all the earth but in Israel; so accept now a present from your servant.”

8 First, I thank my God through Jesus Christ for all of you, because your faith is proclaimed in all the world. 9 For God is my witness, whom I serve with my spirit in the gospel of his Son, that without ceasing I mention you 10 always in my prayers, asking that somehow by God’s will I may now at last succeed in coming to you. 11 For I long to see you, that I may impart to you some spiritual gift to strengthen you— 12 that is, that we may be mutually encouraged by each other’s faith, both yours and mine. 13 I do not want you to be unaware, brothers, that I have often intended to come to you (but thus far have been prevented), in order that I may reap some harvest among you as well as among the rest of the Gentiles. 14 I am under obligation both to Greeks and to barbarians, both to the wise and to the foolish. 15 So I am eager to preach the gospel to you also who are in Rome.

16 For I am not ashamed of the gospel, for it is the power of God for salvation to everyone who believes, to the Jew first and also to the Greek. 17 For in it the righteousness of God is revealed from faith for faith, as it is written, “The righteous shall live by faith.” 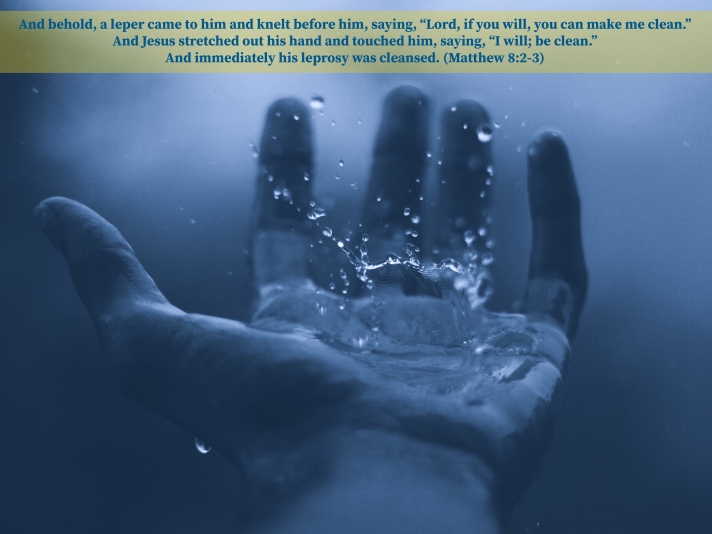 1 When he came down from the mountain, great crowds followed him. 2 And behold, a leper came to him and knelt before him, saying, “Lord, if you will, you can make me clean.” 3 And Jesus stretched out his hand and touched him, saying, “I will; be clean.” And immediately his leprosy was cleansed. 4 And Jesus said to him, “See that you say nothing to anyone, but go, show yourself to the priest and offer the gift that Moses commanded, for a proof to them.”

5 When he had entered Capernaum, a centurion came forward to him, appealing to him, 6 “Lord, my servant is lying paralyzed at home, suffering terribly.” 7 And he said to him, “I will come and heal him.” 8 But the centurion replied, “Lord, I am not worthy to have you come under my roof, but only say the word, and my servant will be healed. 9 For I too am a man under authority, with soldiers under me. And I say to one, ‘Go,’ and he goes, and to another, ‘Come,’ and he comes, and to my servant, ‘Do this,’ and he does it.” 10 When Jesus heard this, he marveled and said to those who followed him, “Truly, I tell you, with no one in Israel have I found such faith. 11 I tell you, many will come from east and west and recline at table with Abraham, Isaac, and Jacob in the kingdom of heaven, 12 while the sons of the kingdom will be thrown into the outer darkness. In that place there will be weeping and gnashing of teeth.” 13 And to the centurion Jesus said, “Go; let it be done for you as you have believed.” And the servant was healed at that very moment.