Readings for the Twenty-first Sunday after Trinity (10.21.18)

We pray: “O Lord, keep Your household, the Church, in continual godliness that through Your protection she may be free from all adversities and devoutly given to serve You in good works, through Jesus Christ, Your Son, our Lord, Who lives and reigns with You and the Holy Spirit, one God now and forever.” Amen. 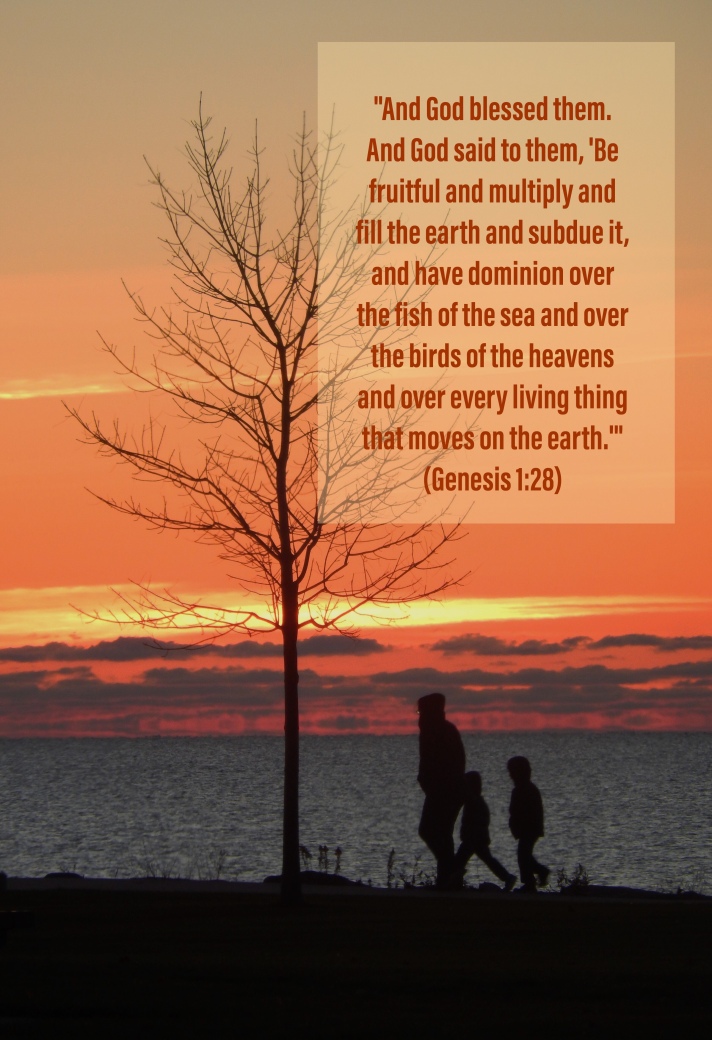 1:1 In the beginning, God created the heavens and the earth.

20 And God said, “Let the waters swarm with swarms of living creatures, and let birds fly above the earth across the expanse of the heavens.” 21 So God created the great sea creatures and every living creature that moves, with which the waters swarm, according to their kinds, and every winged bird according to its kind. And God saw that it was good. 22 And God blessed them, saying, “Be fruitful and multiply and fill the waters in the seas, and let birds multiply on the earth.” 23 And there was evening and there was morning, the fifth day.

26 Then God said, “Let us make man in our image, after our likeness. And let them have dominion over the fish of the sea and over the birds of the heavens and over the livestock and over all the earth and over every creeping thing that creeps on the earth.”

27 So God created man in his own image,
in the image of God he created him;
male and female he created them.

28 And God blessed them. And God said to them, “Be fruitful and multiply and fill the earth and subdue it, and have dominion over the fish of the sea and over the birds of the heavens and over every living thing that moves on the earth.” 29 And God said, “Behold, I have given you every plant yielding seed that is on the face of all the earth, and every tree with seed in its fruit. You shall have them for food. 30 And to every beast of the earth and to every bird of the heavens and to everything that creeps on the earth, everything that has the breath of life, I have given every green plant for food.” And it was so.

31 And God saw everything that he had made, and behold, it was very good. And there was evening and there was morning, the sixth day.

2:1 Thus the heavens and the earth were finished, and all the host of them.

3 So God blessed the seventh day and made it holy, because on it God rested from all his work that he had done in creation.

10 Finally, be strong in the Lord and in the strength of his might. 11 Put on the whole armor of God, that you may be able to stand against the schemes of the devil. 12 For we do not wrestle against flesh and blood, but against the rulers, against the authorities, against the cosmic powers over this present darkness, against the spiritual forces of evil in the heavenly places.

13 Therefore take up the whole armor of God, that you may be able to withstand in the evil day, and having done all, to stand firm. 14 Stand therefore, having fastened on the belt of truth, and having put on the breastplate of righteousness, 15 and, as shoes for your feet, having put on the readiness given by the gospel of peace.

16 In all circumstances take up the shield of faith, with which you can extinguish all the flaming darts of the evil one; 17 and take the helmet of salvation, and the sword of the Spirit, which is the word of God,

46 So he came again to Cana in Galilee, where he had made the water wine. And at Capernaum there was an official whose son was ill. 47 When this man heard that Jesus had come from Judea to Galilee, he went to him and asked him to come down and heal his son, for he was at the point of death.

48 So Jesus said to him, “Unless you see signs and wonders you will not believe.”

49 The official said to him, “Sir, come down before my child dies.”

50 Jesus said to him, “Go; your son will live.” The man believed the word that Jesus spoke to him and went on his way.

51 As he was going down, his servants met him and told him that his son was recovering. 52 So he asked them the hour when he began to get better, and they said to him, “Yesterday at the seventh hour the fever left him.” 53 The father knew that was the hour when Jesus had said to him, “Your son will live.” And he himself believed, and all his household.

54 This was now the second sign that Jesus did when he had come from Judea to Galilee.

One thought on “Readings for the Twenty-first Sunday after Trinity (10.21.18)”